I make it a point to file reviews on Goodreads and Amazon for every book that I read. Sometimes I file reviews under my own name, sometimes under an alias. With a little embarrassment, I admit there have been instances when I have posted a review more than a year after I’ve read said book.
But I do file that review.

As an author, it would be hypocritical of me to curse the world for not filing reviews of my own books, then turn around and not file my own reviews of others’ books.

And as much as I despise hypocrisy, I embrace rigorous honesty.
I still remember the exact moment the brilliant thought “If I don’t lie, I won’t have to remember what lies I’ve told” occurred to my thirteen-year-old brain. I thought I was oh-so clever, until I discovered Mark Twain beat me to the punch by more than a century. Oh well, at least I can take solace that I think like Mr. Clemens!

Nevertheless, I try to practice rigorous honesty — though some might say it’s more like brutal honesty. For example, I once told an ex-girlfriend that I was a better cook.
True? Absolutely. Necessary to say that? Well… maybe.

When it comes to my book reviews however, I won’t quibble. I will not freely give out 5-star reviews. They are reserved for those books that left a mark on the core of my being, books that helped define my writing style, and books that I have read again and again. Less than 10% of the books I’ve read are awarded a 5-star rating. And in a true Gaussian distribution, that’s the way it should be!

It greatly disturbs me when readers blithely hand out 5-stars like jelly beans, often with the comment “I liked it.” Really? Do you not understand that the 3-star rating is explicitly tagged “Liked it”? Believe you me, if I give a 3-star rating, that’s exactly what I intended to say: “I liked it.”

At the lower end of the spectrum, if I dole out a 2-star or, Heaven forbid, a 1-star rating, rest assured that I believe the author truly had it coming, and am willing to explain why. That’s rigorous honesty, Buster. The comments I leave with my reviews hopefully prove my passionate honesty for 5-star ratings, and dispassionate surgical honesty for 1-star ratings.

I only hope that when readers file reviews of my own books, they rate them (and comment) with similar honesty. How else am I going to learn, adapt and improve?

So if you have read my books, please file a review! 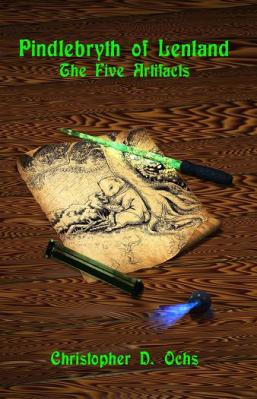 Fairy Tale of the Month

Reporting and consulting on the publishing industry

Searching for Light in the Darkness

The Art and Craft of Blogging

The latest news on WordPress.com and the WordPress community.